Originally released as part of the Unconditional Surrender bundle, now available as a stand-alone novella complete with BRAND-NEW 10,000 word short story/epilogue. When a wounded soldier is forced to accept help from his former best friend, both men discover the true strength of their entwined hearts.

Army IT specialist Xander keeps his emotions wired as tight as his NETCOM gear, but when he’s seriously injured by an IED, his whole life unravels. Running out of options, Xander must accept help from his ex-friend-with-benefits, Mackey. However, Xander’s had feelings for Mackey for years, and close quarters only complicates his emotions. Further, Xander doesn’t know which is worse: combating his inner demons or dealing with Mackey’s guilty kindnesses.

Mackey’s always kept his emotions close to his chest, but now he’s got a secret that could destroy his one chance with the man he cares far too much for. Both men will have to heal their wounded hearts to ensure a future together.

Entwined Future: In this new short story, Mackey has news that could change everything for him and Xander, but a visit from Xander’s family jeopardizes Mackey’s plans–and forces Xander to confront some harsh truths.

“What’s this I hear? They’re springing you loose today?” Mackey’s deep voice rumbled like tires over gravel, making the too-long hairs at the back of Xander’s neck stand up.

Xander tried to push himself upright from the hospital bed he’d been dozing on. He failed miserably, his stupid, uncooperative limbs flailing around like a squid’s tentacles. Mackey grabbed his good elbow and helped him to sit up, concern on his craggy face.

He looked good. Too damn good. Mackey’s ever-present five o’clock shadow was darker than usual, but his shoulders were broad as ever, biceps bulging as he hauled Xander up. He wasn’t in uniform—the tight Army T-shirt and loose jeans unfamiliar on his bulky frame.

Too close. Mackey smelled like the old-fashioned soap he favored. Xander’s pulse gave a weak thrum, like it wanted to rev but had thought the better of it. “What the hell are you doing here? You’re supposed to be in Hawaii.”

“And you’re supposed to be following doctor’s orders. But I hear you’re being a pain in the ass instead,” Mackey said mildly, shoving a pillow behind Xander without being asked. His face dipped low enough Xander could feel his warm breath. The memory of Mackey panting in his ear—something Xander had tried hard not to think about in months—rocketed through him, sending blood rushing to sorely neglected places. So much for that whole motor-not-working thing.

“Seriously. Why aren’t you in Hawaii?” Mackey was supposed to have returned from deployment with the rest of Xander’s Army NETCOM unit and then moved onto his next assignment. Mackey should be at Fort Shafter right now, soaking up the sunshine and salt water in between running network tests. Yeah, once upon a time he and Xander had a best-friends-with-benefits thing going, but that thing had blown up the night before an IED made the rest of Xander’s life go boom. Besides, a guy didn’t come running around the world for a jerk-off buddy, even one who was also an ex-teammate and an ex-barracks roommate.

“Seriously, I checked at the nurses’ station on the way in. They said your discharge papers are almost done. You ready to go?”

True, he couldn’t wait to escape the hospital, but ready wasn’t the right word. Xander was never going to be ready for anything again. Ready meant in a uniform, every sense at attention, body primed to do whatever the Army asked of it. Now ‘ready’ meant accepting what that stupid fucker of a doctor had said—that he should prepare to transition out. Start disability paperwork. Ready meant having a plan for what came next. The only plans Xander had involved getting the heck away from the hospital and finding the nearest bottle of Jack. But he couldn’t let Mackey see how his life was crumbling. 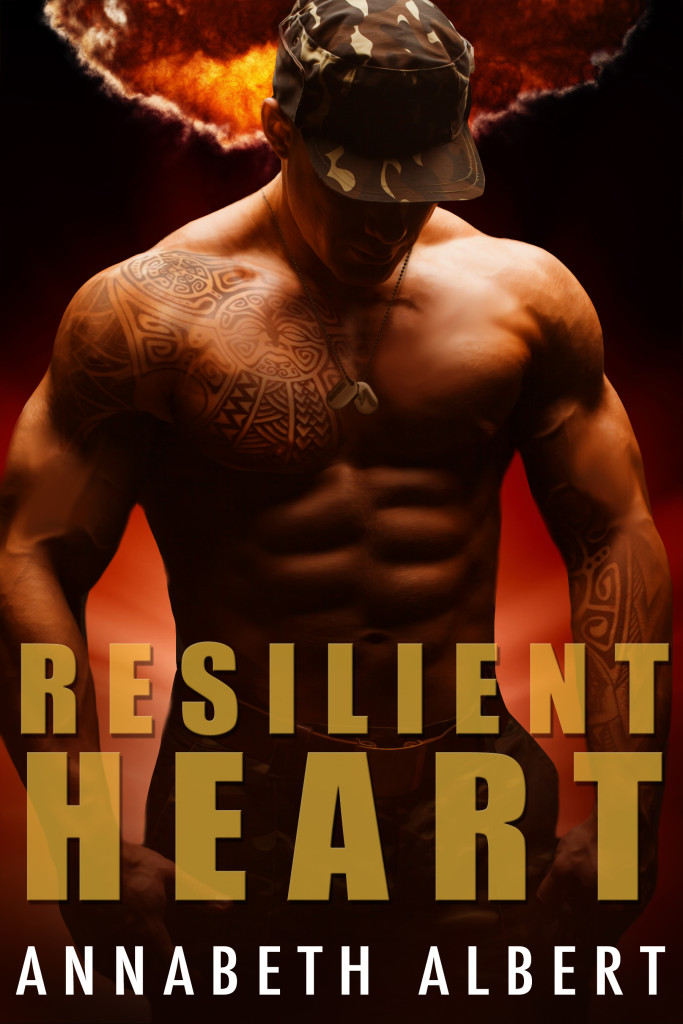