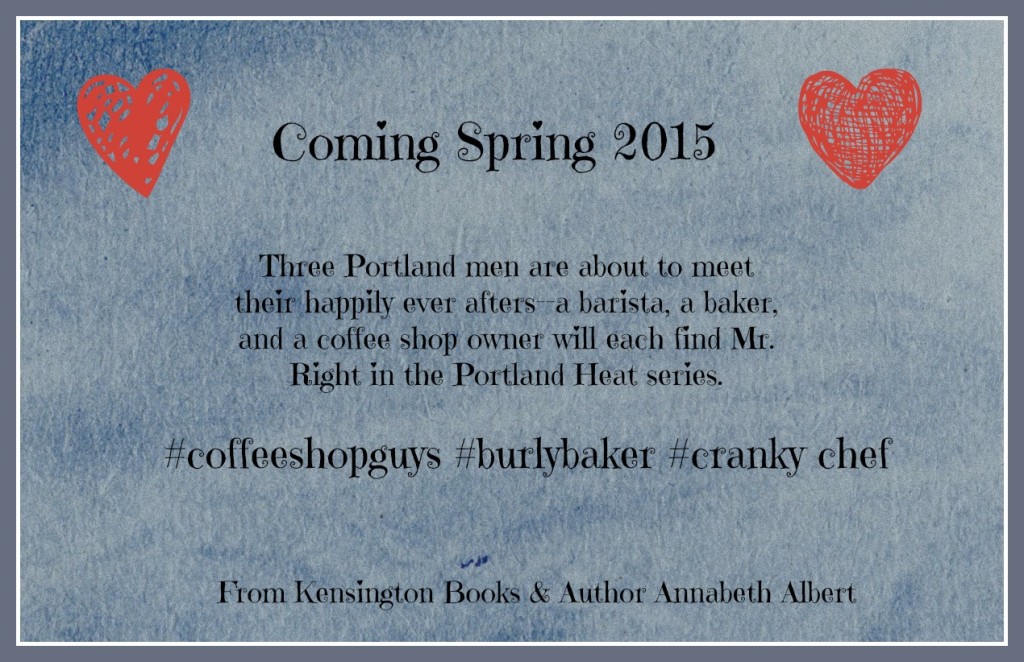 One of my favorite things is writers’ call stories. I also love birth stories and wedding stories–basically give me a narrative about a big, life-changing moment and I’m all over it.  But as a writer, I particularly love call stories because they gave me hope that my day would come. So for all those taking the long slow road, I salute you. Way back in 2005, I finished my first book and attended RWA Reno. I went to the Kensington publishing signing and got stars in my eyes–and a rejection letter a few months later. Fast forward to 2014. I was still plugging away and searching for a home for book #9.

When I landed my amazing agent back in January, we set to work getting #kinkyvirginhero ready for submission. But during my agent query wait, I’d written #coffeeshopguys and after seeing me post about the WIP, my agent said to go ahead and send it on even though we hadn’t heard back from the first round of submissions yet.

So I sent her SERVED HOT and a synopsis and she tweeted how excited she was to get a barista hero.  AND I DON’T HAVE A SCREENCAP. Which makes me SAD. Because what happened next?

Peter Senftleben of Kensington SAW the tweet and replied that she should send him the MS right away.

And I don’t have those tweets either. Probably because I was too busy trying not to FREAK. What happened next was a flurry of Sary reading the manuscript, me making Sary’s awesome suggestions, and us working up series proposals while we waited to hear back from Peter and some of  the editors who had #kinkyvirginhero

Then Peter asked to see THAT book too and my freak factor reached Def Con 9000 as we waited to hear . . . .

Sary called me to tell me that Peter wanted Served Hot . . . and being me, I started babbling and thanking her before she got the rest of the news out. He wanted the whole series!

#Kinkyvirginhero (who should have a new, real name very soon) and HIS series.

Seriously. This is where I put a muppet flail gif because I just can’t not.

I seriously wanted to shout the news from the Burnside Bridge in Portland I was so excited.

But I couldn’t. Because contracts and boring stuff like PATIENCE.

And Sary did the AWESOME agent thing and worked on all the details. ALL THE DETAILS. She is superwoman.

And finally, all the details lined up and I got to squeal all over twitter and facebook. And without social media, this deal would never have happened.