Today I’m participating in the Hot Summer Romance Giveaway Hop with a whole host of other awesome writers. The grand prizes for the hop are a KINDLE FIRE and a $50 gift card! Each stop is also offering its own prize as well. (More on mine in a minute!)

If you talk to romance readers long enough, you will discover two camps: pro and anti-epilogue. I am decidedly pro-epilogue. I like any glimpse at what happens after the happily-ever-after. In fact, I can tell how high up on my keeper shelf a book is by how much time I’ve spent imagining what happened AFTER the HEA moment. When characters feel so real, it’s easy to get lost in day dreams about babies and birthdays and new houses and jobs and family problems. It’s hard to say goodbye to beloved characters.

I also think it’s really easy to idealize the falling in love part–it’s what we see on the page over and over again, the hard work of getting to that HEA moment. Everything that comes after that HEA moment in the final chapter is supposed to be a reward.

Except when it isn’t. Real life doesn’t work like that. The HEA moment is really just the beginning. And that’s what’s always intrigued me the most about beloved fictional characters–imagining how their marriage would thrive no matter what. I don’t just daydream about babies who never cry and houses staffed by nannies and chefs with money trees in the front yard. No, I daydream about how characters deal with miscarriages and job crises and deaths of parents and major illness. I want to believe that my keeper-shelf couples can survive threats that de-rail other marriages.

In other words, I want to believe that a given couple can do the work of keeping their HEA going. When I saw that my editors at Ellora’s Cave were looking for more stories featuring married couples, I jumped at the chance because it was almost like getting to a write an epilogue. I asked myself, “What if a couple already had their HEA moment? Lust at first sight, dating fumbles, white dress, little house? How does that couple react when they realize that they’ve been taking their HEA a little bit for granted?” 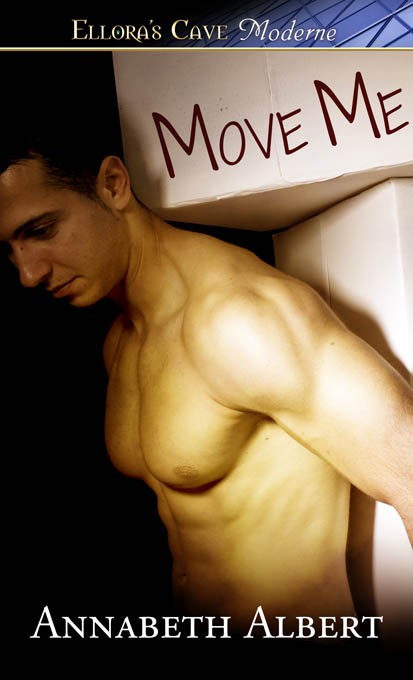 Mark and Jill Evans have an enviable marriage—great kids, nice house and a loving relationship. But lately, Jill can’t escape the feeling that things have gotten a bit stale. Mark’s been working long hours and she misses the days when their bed was used for more than folding laundry.

When Mark reveals that he’s landed a big new client—and a chance to move the family to France for a year—Jill objects and sparks a passionate stand-off. Mark proposes a sexy bet to settle their disagreement about moving, and his wife can’t wait for the games to begin. The battleground is the bedroom, and it’s a no-holds-barred war to see who moves first.

Each stop in the Giveaway hop will be handing out prizes, and since my new release Move Me is currently out on both Kindle and All Romance E-Books, I’ll gift TWO copies–just make sure you include an email in your comment and include your preferred format (Kindle or ARe). The hop ends on the 21st and I’ll pick winners then!

Are you pro-epilogue? Anti-epilogue? What fictional couple’s HEA would you most like to see more of? (I have wasted many a pleasant hour coming up with epilogues in my head for all of Suzanne Brockmann’s books!)

Be sure to visit the other stops on the tour for more chances to win!