This page contains blurb, buy links, excerpt, author bio, author social links, and cover for Baked Fresh, book 3 in the Portland Heat series. Each book of the series features a different couple and the books may be enjoyed in any order. Served Hot (book 1) Baked Fresh (book 2) also have kits available.

Portland, Oregon, aka Hotlandia, where the coffee shops, restaurants, and bakeries are ready to serve everything piping hot, fresh, and ready to go—like the hard-working, hard-bodied men behind the counters—with no reservations…

Sure, Chris O’Neal has problems. His restaurant is still co-owned by his ex. His flannel-and-tattoos style is making him accidentally trendy. He can’t remember the last time he went out and had fun. But he’s not lonely, he’s driven. And the hot bakery delivery boy is not his problem, no matter how sweet his buns.

Chris is old enough to know Lance Degrassi’s sculpted good looks and clever double entendres spell nothing but trouble. Lance is still in college—he should be hitting the clubs and the books, chasing guys his own age, not pursuing some gruff motorcycle-riding workaholic. Especially when he’ll be leaving for grad school in a few months. But Lance keeps hanging around, lending a hand, charming Chris to distraction. Maybe some steaming hot no-strings indulgence won’t hurt.

Then again, maybe it will…

The delivery boy had sweet buns. Not to mention prize-winning  rolls. He wore a pair of those fancy over-the-ear headphones and shimmied around the white bakery truck, his hips and ass working in time to what was apparently a killer beat. Even the way he climbed into the back of the truck was a choreographed dance. I wasn’t usually one to get distracted by eye candy, but that ass . . .

I’d propped open the service door at the rear of my coffee shop about fifteen minutes earlier, hoping to coax a cool breeze into the stuffy storeroom where I’d been working. I leaned against the door frame, appreciating the unexpectedly fine view in the alley.

When the guy emerged from the truck—headphones around his neck, carrying a stack of pink boxes—I pushed away from the door and met him at the edge of the concrete steps. I tried to play it cool, like I hadn’t spent the last five minutes perving on his world-class bubble butt.

“You’re not Vic,” I said as I ushered him into the hallway that led back to the kitchen and storeroom.

“Nope. I’m Lance, Vic’s cousin. I’ll be handling your deliveries from here on out.” His smile—a wide, toothy grin—was almost as adorable as his butt. The only resemblance he had to my usual beefy delivery guy was in the chiseled facial features and light olive skin. He looked like he’d be right at home playing World Cup soccer for Italy with his wide shoulders, lean torso, muscular thighs and legs. And that ass.

Which I was going to stop thinking about right the hell now. He was too young—I could see that even more clearly under the fluorescent lights of my kitchen. Early twenties, if that. His gelled-up black hair fell across his forehead in artfully bleached strands. Too high maintenance for my taste.

“I’m Chris O’Neal. Here, let me help you with those.” Taking part of the stack from him, I showed him the metal racks where I stashed recent deliveries.

“Thanks.” Most of The People’s Cup square footage was devoted to the coffee bar and seating area in the front, so I made do in the back with my organization system, which bordered on the obsessive. I’d installed floor-to-ceiling shelving on every wall, including over the cooktop and counters. The center prep table was where most of the action happened, and its broad expanse was covered with the beginnings of several dishes for tomorrow’s Sunday brunch.

“I’ve been here before with friends from PSU—for your Sunday thing. And during the week once or twice to study.”

I made a noncommittal noise. Great. A college kid. As if I needed to feel like more of an old, cranky perv.

“Let’s get the rest of the boxes.” I herded him back out to the alley. I was eager to get him and his distracting ass on his way. I had several more hours of staging work ahead of me to prepare for Sunday’s buffet. During the week we were just another coffeehouse, but we were known all over Portland for our Sunday brunch.

“So are you the owner? This all yours?” Lance asked as he got another load of boxes from the truck.

“Yeah. Mine and my partner’s. Business partner.” I fumbled the stack of boxes he handed me. Why had it felt so necessary to make that qualification? Like the kid would be in any way interested in my messed-up business relationship with my stubborn bastard of an ex.

Despite his pretty-boy looks, the kid was probably straight; he had a confident swagger girls his age likely found irresistible.

“I’ve been to your other place, too—the one in Northwest. Did the delivery there earlier. I like this location better.”

“Me too,” I said, my voice drier than gin. “Randy give you any issues?”

Randy had his location; I had mine. Our relationship had turned into something out of a bad chick flick, except there wasn’t any cute ending coming.

“Randy? Nah. It was some girl named Becky, with a nose ring and huge gauges.”

I nodded. That sounded about right for Randy’s taste. And I was not going to care whether he was banging her or how long she’d last as an employee. His shitty employee turnover wasn’t my problem. I’d washed my hands of what happened at the 23rd Street store.

“You want a cup of coffee for the road?” I asked before I could stop myself. It was the same courtesy I’d always extended to his cousin and to most of our other delivery people, but somehow my offer felt tinged with more than politeness.

“What do you have on offer today?” His grin was more than a little wicked.

Wouldn’t you like to know? I bit back the flirtatious retort. And what the hell was up with that? I did not flirt. Hell, anything other than bitter and grumpy hadn’t been my MO for months now.

Can Lance bring out the softer side of this cranky chef? Find out in DELIVERED FAST! 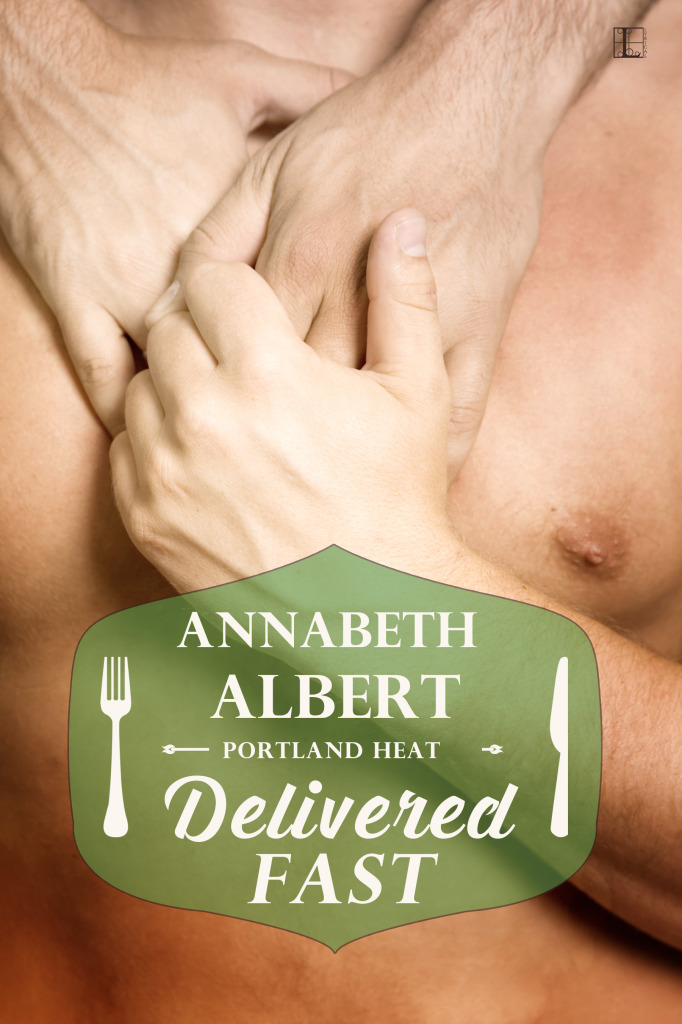